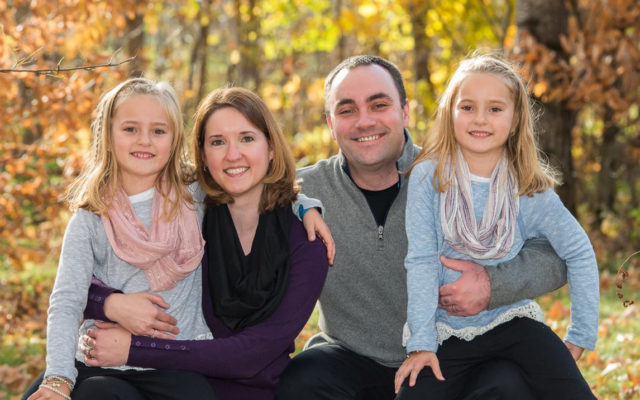 PRESQUE ISLE, Maine — The United Way of Aroostook has announced the launch of its 2019-2020 campaign with a unique twist.

The United Way board of directors has set the campaign goal at $675,000 and, as it has for more than 60 years, will mobilize resources to improve the lives of people in Aroostook’s communities.

Typically, the campaign is chaired by an individual or co-chaired by two people.  This year, the agency has introduced the inaugural campaign family. Tony and Amber Lahey of Caribou, and their twin eight-year-old daughters Morgan and Meredith, are looking forward to helping United Way of Aroostook meet their goal.

The campaign will officially kick off with a breakfast at 8:30 a.m. on Thursday, Sept. 12, at Cafe Sorpreso in Presque Isle.

According to organization officials, through these agencies and programs United Way of Aroostook is currently touching one out of every two people living in Aroostook County.

“We are honored to be named the inaugural United Way campaign family,” said Tony Lahey.  “We view this as an opportunity to show everyone that there are many other ways to be able to contribute to the United Way, either financially or through volunteerism, than just through your workplace.  You can come together with your family and volunteer at various fundraising events or help contribute through other programs.”

“We are looking forward to spending more time as a family and helping the United Way raise funds for the various programs the United Way supports,” said Amber Lahey. “We are very proud to be a part of an agency where local people are raising funds to help local people and families, and those funds are overseen by local volunteers.”

Tony Lahey is an accountant at MMG Insurance Company in Presque Isle and has been on the United Way Board of directors for five years, treasurer for that same amount of time and has served on various committees.  Amber Lahey is a referral coordinator at Pines Health Services and is beginning her involvement with the United Way this year, volunteering at several upcoming events.  Daughters Morgan and Meredith are entering the third grade this year and are both graduates of the Dolly’s Imagination Library program and the United Way-created Summer Slide program.

For more information about United Way of Aroostook and the possibility of having a workplace campaign, attend the breakfast, contact elaine@unitedwayaroostook.org or call the office at (207) 764-5197.

The Aroostook Band of Micmacs have reelected current chief Edward Peter-Paul to another four-year term as tribal chief.

Clarissa Sabattis was re-elected to serve another four-year term as chief of the Houlton Band of Maliseet Indians, after a campaign facing off against former Maliseet Chief Brenda Commander.

Sabattis, Commander to face off in Maliseet election

Members of the Houlton Band of Maliseets will head to the ballot box in order to determine who will be elected as their new tribal chief.
Pets END_OF_DOCUMENT_TOKEN_TO_BE_REPLACED

Every now and then you meet a cat that makes a lasting impression on your heart. This was the case a few weeks ago with a handsome cat named Max.

When one is familiar with the Central Aroostook Humane Society, the name Sharon Brown comes to mind.

The Central Aroostook Humane Society has many beautiful cats in all colors and sizes, and all need a wonderful loving home.